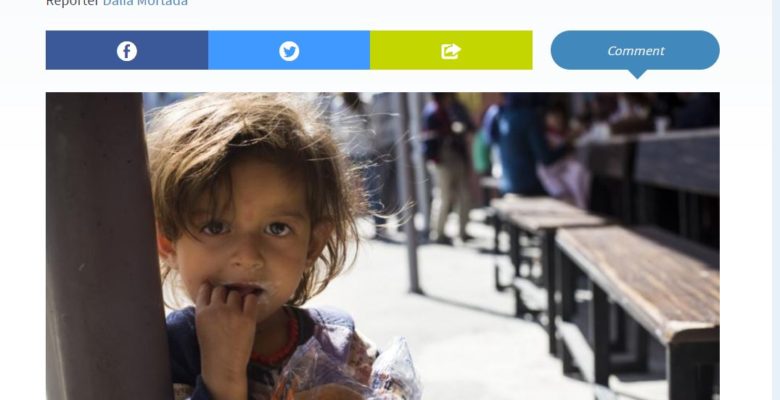 When he heard the rumors that Syrian Alawite refugees were sleeping in Istanbul parks, Ali Kenanoglu decided he had to help. Kenanoglu, who heads the Hubyar Sultan Alevi Cultural association, asked people to stay in one of the Alevi cemevis, or houses of worship. But the refugees refused.

Kenanoglu says they felt safer outdoors. “They said, ‘We don’t want to go indoors because when we do, our women and children are being raped. But outside, here in a public park, people can see us and we feel safe.’”

Kenanoglu and his volunteers eventually earned the refugees’ trust, and brought them back to the cemevi. They set up two large tents with beds and blankets, and food. The refugees, who are mostly children, are fed and get medical care.

Several hundred of these refugees have come through the cemevi since early September. So they’ve avoided living in parks and begging for food. They stay for about a week until Kenanoglu can find them a more permanent solution.

The refugees’ initial fear was hardly surprising. Alevis and Alawites share a common Islamic heritage – and a similar minority status – in Turkey and Syria. But they’re not the same group. In Syria, Alawites these days are especially persecuted because they have the same religious identity as the president, Bashar al Assad. As a result, they have been targeted by the various Islamist rebel groups.

Clear signs of torture cover his body. His back is covered in scars from being whipped, and his shoulders are bandaged from being burnt with melted nylon. He tells me his daughter was taken about two months ago, when he says he was abducted and tortured for 27 days. He hasn’t seen her since. Calling me over he yells, “Mademoiselle! Come on, come on!” His daughter had been teaching him English.

“These people they have no mercy,” Muhammad says. “This old man as he told you, they took his daughter and they beat this elderly man and tortured him senseless. He played dead for them to leave him in a ditch.”

Muhammad is about 30. He’s from northern Syria, an Alevi of Turkmen descent. He didn’t want to share his last name either because he didn’t want any chance of being recognized if he goes back to Syria.

Muhammad reached Istanbul after a week-long bus journey with his wife and kids, seven brothers, two sisters and all their kids too. When I asked him why he didn’t just go to a refugee camp by the border, he said they were scared.

“I heard that there are people who are getting bribed in the refugee camps in Turkey. They get a tent or a container and food and blankets, but at night they’re given guns and are forced to go fight.”

Now that they’re in Istanbul, Muhammad, Abu Rida and the others have to think about how to get by. Winter is coming and they have to keep warm.

Kenanoglu says the Turkish government needs to stop focusing on whether or not to attack Syria, and start helping these refugees. But the government doesn’t recognize Alawites or Alevis as a group to protect, he says, because the ruling Justice and Development Party has a clear Sunni-Islamist agenda in Turkey, and supports the Sunni-led opposition in Syria.

“Tayyip Erdogan’s government is allergic to Alevis. It’s the same case with Alawites from Syria.”

Until there’s a guaranteed safe place for them, Kenanoglu says the cemevis’ doors are open to refugees of all stripes.